In general, algal cell walls are made up of two components:
(1) the fibrillar component, which forms the skeleton of the wall, and
(2) the amorphous component, which forms a matrix within which the fibrillar component is embedded.
The most common type of fibrillar component is cellulose, a polymer of 1,4 linked -D-glucose. Cellulose is replaced by a mannan, a polymer of 1,4 linked -D-mannose, in some siphonaceous greens, and in Porphyra and Bangia in the Rhodophyta.
In some siphonaceous green algae and some Rhodophyta (Porphyra, Rhodochorton, Laurencia, and Rhodymenia), fibrillar xylans of different polymers occur.
The amorphous mucilaginous components occur in the great est amounts in the Phaeophyceae and Rhodophyta, the poly saccharides of which are commercially exploited. Alginic acid  is a polymer composed mostly of -1,4 linked D-mannuronic acid residues with variable amounts of L-guluronic acid. Alginic acid is present in the intercellular spaces and cell walls of the Phaeophyceae. Fucoidin  also occurs in the Phaeophyceae and is a polymer of -1, 2, -1, 3, and -1, 4 linked residues of L-fucose sulfated at C- 4. In the Rhodophyta the amorphous component of the wall is composed of galactans or polymers of galactose, which are alternatively -1,3 and -1,4 linked. These galactans include agar (made up of agaropectin and agarose,) and carrageenan 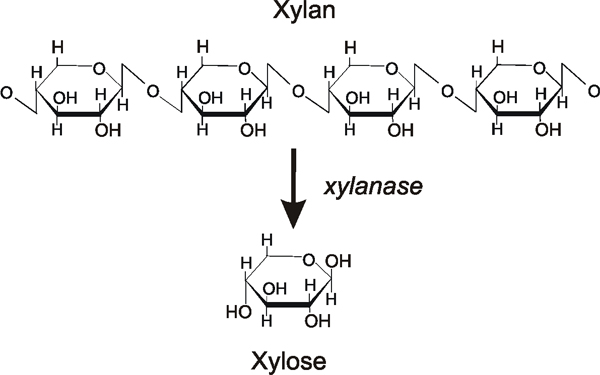 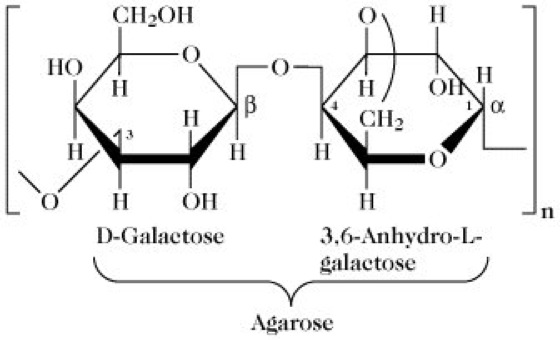 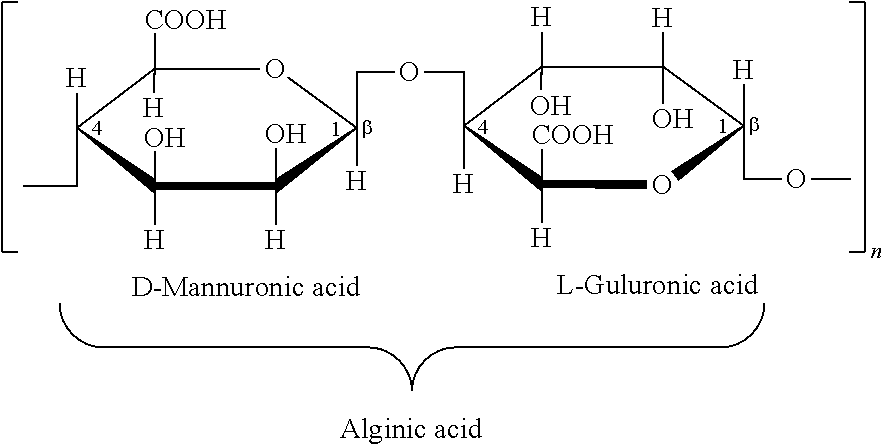