Vitiligo is a skin condition that causes loss of pigmentation in certain areas of the skin. The condition results from the destruction of melanocytes, the cells that produce the pigment melanin, which gives color to the skin, hair, and eyes.

Vitiligo most commonly affects the skin on the face, neck, and hands, as well as body folds and areas around body openings, such as the eyes, nostrils, and genitals.

Symptoms of vitiligo include:

The exact cause of vitiligo is not known, but several theories have been proposed. Some scientists believe that the condition may be an autoimmune disorder, while others suggest that it may be caused by a combination of genetic and environmental factors.

Vitiligo is not contagious and it doesn’t harm physical health. But it can have an impact on mental health and emotional well-being because it is a visible condition that may cause the person to feel self-conscious or embarrassed. 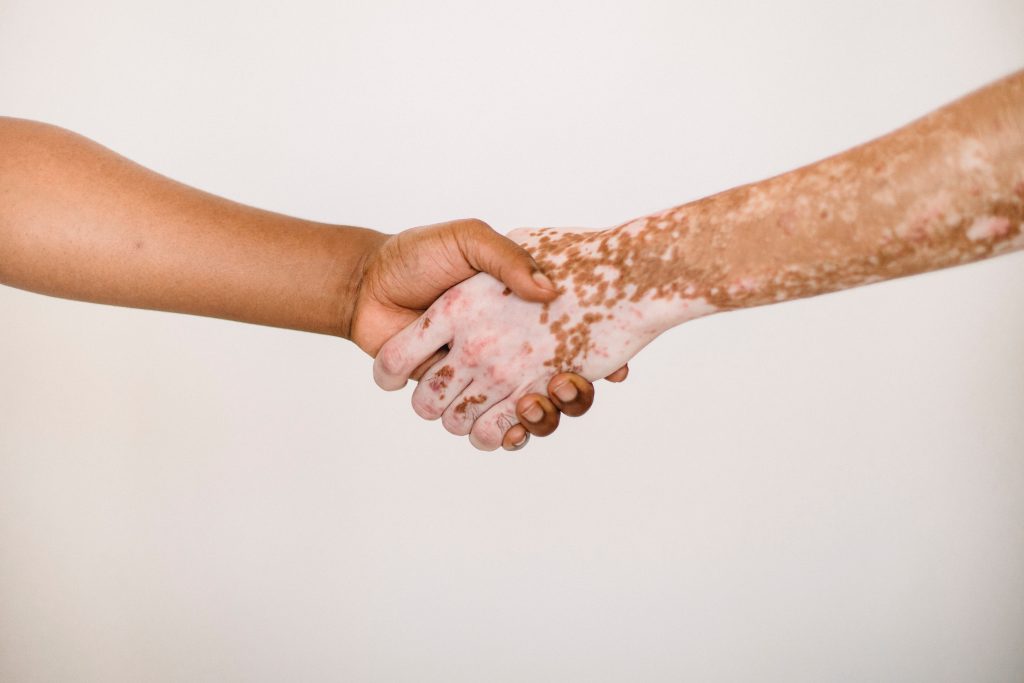 There is no cure for vitiligo, but several treatments can help to restore color to the affected areas of skin. These include:

It is important to consult with a doctor or a specialist in the treatment of vitiligo to figure out which treatment is best for you.