Each antibody consists of four protein subunits, two light chains and two heavy chains , arranged in a Y-shape.
Disulfide bonds between cysteine amino acid residues hold the chains together. Each of the light and heavy chains consists of a constant region and a variable region .
The constant region is the same for all chains of the same class.
The variable region binds to the target molecule, the antigen. There are millions of different variable regions, which are generated by genetic shuffling.
Breaking an antibody at the “hinge” where the heavy chains bend yields three chunks, two identical Fab fragments and one Fc fragment. Fab, meaning “fragment, antigen binding,” consists of one light chain plus half of a heavy chain. Fc, meaning “fragment, crystallizable,” contains the lower halves of both heavy chains. 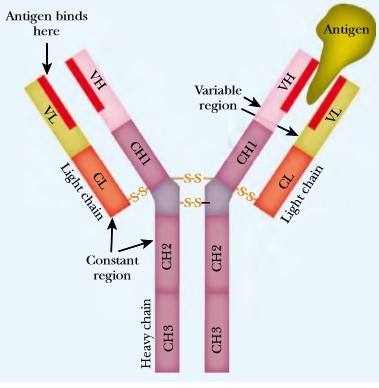 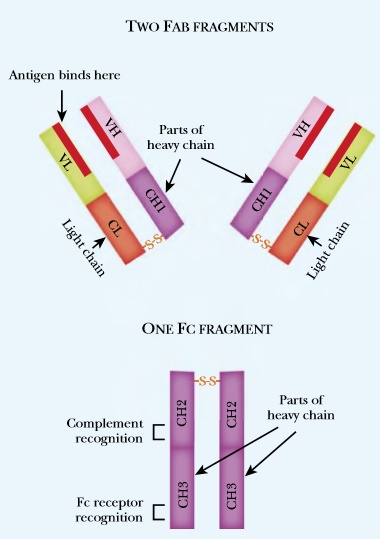 Fig 2: Fab Fragments and Fc Fragment of an Antibody Antibodies can be spit into two Fab fragments and one Fc fragment by breaking the molecule at the hinge region.