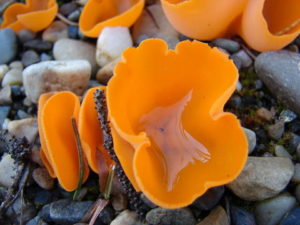 The phylum Ascomycota (colloquially called ascomycetes) is by far the largest group of fungi, estimated to include more than 32000 described species in 3400 genera. It is assumed that the majority of ascomycetes has yet to be discovered, and the total number of species may well be higher by a factor of 1020 or even more. The name is derived from the Greek words askos (a leather bottle, bag or bladder) and mykes (a fungus), so ascomycetes are sac fungi. The characteristic feature of the group is that the sexually produced spores, the ascospores, are contained within a sac, the ascus.  In most ascomycetes the ascus contains eight ascospores and is turgid, ejecting its spores by a squirt mechanism. 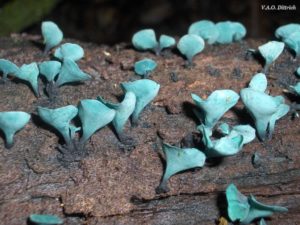 There is a very wide range of lifestyles. Some ascomycetes are saprotrophs, others necrotrophic or biotrophic parasites of plants and animals, including humans. Examples of biotrophic parasites are the Erysiphales, the cause of many powdery mildew diseases of plants.  Many ascomycetes grow as endophytes in symptomless associations with plants. Some are mutualistic symbionts, for example the lichens. Symbiotic mycorrhizal relationships also exist between true truffles (e.g. Tuber spp.) or false truffles (e.g. Elaphomyces spp.) and trees such as oak and beech. 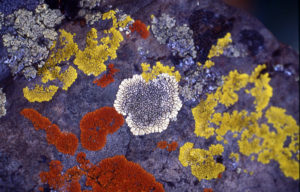 The range of habitats is wide, as would be expected of such a large and diverse group of fungi. Ascomycetes grow in soil, are common on the above-ground parts of plants, and are also found in freshwater and in the sea. Most ascomycetes are recognized by their fruit bodies or ascocarps, i.e. the structures which surround the asci.

Ascomycetes may grow either as yeasts, i.e. unicells multiplying by budding or fission, or as mycelia consisting of septate hyphae. Some fungi may switch from the yeast to the filamentous state or vice versa, i.e. they are dimorphic. A good example of a dimorphic fungus is Candida albicans is the cause of diseases such as thrush in mammals, including man.

The mycelial septa of ascomycetes are usually incomplete, developing as transverse centripetal flange-like ingrowths from the cylindrical wall of a hypha, which fail to meet at the centre so that in most ascomycete septa there is one central pore permitting cytoplasmic continuity and streaming between adjacent segments of mycelium .  This means that organelles such as mitochondria and nuclei are free to travel from cell to cell; the large nuclei are constricted as they pass through the pore . Individual cells may be uni- or multinucleate and the cytoplasmic continuity between the cells means that the mycelium of an ascomycete is effectively coenocytic.

Proteinaceous organelles termed Woronin bodies may be closely grouped near the central pore (. Woronin bodies are globose structures or ‘hexagonal’ (polyhedral) crystals made up essentially of one protein, and surrounded by a unit membrane.  They measure 150-500nm in width and are sufficiently large to block the septal pore.  They rapidly do so near regions where a hypha is physically damaged. The blockage in the septal pore is consolidated by deposition of further material.
The mycelium of many ascomycetes is homokaryotic (Gr. homoios=like, resembling; karyon=a nut, meaning nucleus), i.e. all nuclei in a given mycelium are genetically identical. Heterokaryotic mycelia also occur and generally arise through anastomosis, i.e. the cytoplasmic fusion of vegetative hyphae. Following anastomosis between homokaryons of differing genotypes, nuclei, other organelles and plasmids may be transferred between one mycelium and another so that a given mycelium or even a single cell may contain nuclei of different kinds.