Bacillus subtilis, B. mycoides, B. ramosus, etc., act upon the dead animal and plant tissues and decompose their complex organic compounds like proteins into ammonium compounds. They are also known as putrefying bacteria.

Nitrosomonas oxidise the ammonium compounds into nitrites in presence of free oxygen and Nitrobacter oxidise nitrites into nitrates in the presence of free oxygen. Thus ammonifying and nitrifying bacteria increase the amount of nitrogenous compounds in the soil. Dead plants, animals and dung, etc., are converted into humus by the action of putrefying bacteria. This humus itself acts as fertilizer for plants.

They are Azotobacter, Clostridium (free fixers)  and Rhizobium spp. (symbionts) They fix free nitrogen of the soil and make it available to the plants.

They live in the root nodules of leguminous plants, take the free atmospheric nitrogen and fix it within its tissues. These bacteria enable plants to grow in soil where no nitrogenous fertilizers are available. The leguminous plants make the soil rich in nitrogen, and therefore used as green manures.

A large number of saprophytic bacteria are employed in the manufacture of various industrial products.

Saprophytic bacteria such as Lacto bacilli popularly known as starters make the milk sour and produce various flavours. These bacteria are largely employed in butter industry for ripening milk and producing flavours in butter.

Bacteria are employed in this industry. First the casein of milk is coagulated and then it is ripened by certain bacteria. Bacteria make the case in spongy, soft and give it characteristic taste and flavour.

Butyl alcohol and acetone are manufactured by the action of bacteria on molasses. 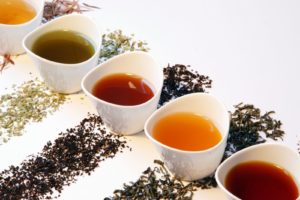 Crude dry tobacco leaves pass through curing and ripening processes before they are ready for use. Bacteria are employed in both these processes and the peculiar taste and smell in the tobacco is due to the bacterial activity. For this purpose molasses and alcohol are added to tobacco.

Crude tea leaves are acted upon by certain bacteria. The process is known as curing, which is employed to impart a peculiar taste and flavour to the leaves. For this purpose alcohol is added to tea leaves. 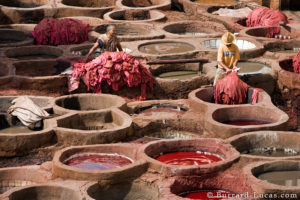 The hides and skins after drying, salting and clearing are steeped in fluids containing specific bacteria. The process of fermentation goes on for some time and then they are transferred to tan-pits and are further allowed to be fermented. This whole process is known as tanning and the bacteria employed in the process are obtained from cow dung and the excreta of dogs and poultry.

Retting is the process of separating fibres from-the plant tissues. Bacteria are employed in this industry, which cause decay of the softer tissues and render fibres easily separable mechanically. Fibres of 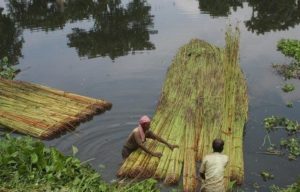 flax, hemp, jute, coconut and other fibrous plants are obtained by immersing the specific plant organs in stagnant pond water where bacteria develop and cause retting.

(i) The sewage work:

In order to remove solid and semi-solid constituents of sewage it is allowed to putrify. Putrifying bacteria are allowed to act upon sewage under anaerobic conditions. It gets decayed and liquefied. It is now filtered and the liquid is either drained out to the river or used as manure in fields. For this purpose, in the soak pits the horse dung is filled up. 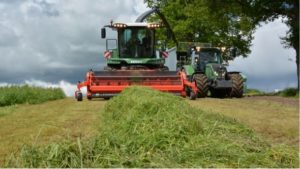 It is the process of preserving green fodder in pits. Certain bacteria help in the preservation of fodder.

Antitoxins are the chemical substances produced in the host tissues in response to the attack of parasitic bacteria. Different vaccines and serums now prepared from these antitoxins are used in the treatment of specific ailments. The antibiotics such as streptomycin, aureomycin, Chloromycetin, etc., are obtained from certain actinomycetous bacteria.

Some common human and plant diseases:

Some saprophytic bacteria grow on unprotected foodstuffs like fruits, pickles, jams, jellies, bread, etc., and spoil them by causing decay. The use of salt, sugar and oil, etc., in preservation of pickles and jams, checks the growth of such bacteria. Clostridium botulinum produces a very virulent poison in canned food and many deaths occur due to it.

Anaerobic bacteria such as Bacillus denitrificans reduce the nitrates of the poorly aerated soil to nitrites and then to ammonium compounds, and free nitrogen is liberated. Thus the amount of readily available nitrogen goes to the atmosphere. They are known as denitrifying bacteria.