The production of new allele combinations is formally called recombination. Crossovers are one mechanism for recombination, and so is independent assortment.

Recombination is observed in a variety of biological situations, but for the present let’s deﬁne it in relation to meiosis.

Meiotic recombination is deﬁned as any meiotic process that generates a haploid product with new combinations of the alleles carried by the haploid genotypes that united to form the dihybrid meiocyte.

This seemingly complex deﬁnition is actually quite simple; it makes the important point that we detect recombination by comparing the output genotypes of meiosis with the input genotypes 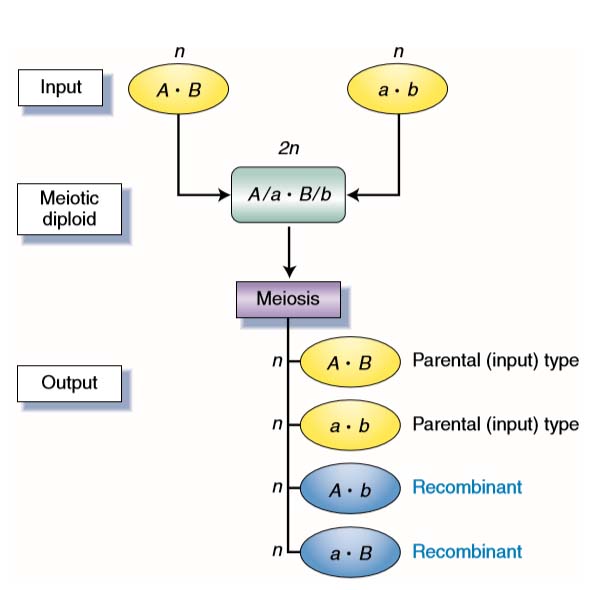 Figure 1 Meiotic recombination. Recombinants are those products of meiosis with allele combinations different from those of the haploid cells that formed the meiotic diploid.

the diploid cell that undergoes meiosis. For humans, the input is the parental egg and sperm that unite to form a diploid zygote and, hence, all the body cells, including the meiocytes that are set aside within the gonads. The output genotypes are the haploid products of meiosis. In humans, these are the individual’s own eggs or sperm. Any meiotic product that has a new combination of the alleles provided by the two input genotypes is by deﬁnition a recombinant.

Recombinants are produced by two different cellular processes: independent assortment and crossing-over. The proportion of recombinants is the key idea here because it is the diagnostic value that will tell us whether or not genes are linked.