They are generally 1 millimeter or less in diameter. Although small size is an important characteristic of microbes, it alone is not sufficient to define them. Some cellular microbes, such as bread molds and filamentous photosynthetic microbes, are actually visible without microscopes. These macroscopic microbes are often colonial, consisting of small aggregations of cells. Some macroscopic microorganisms are multicellular. They are distinguished from other multicellular life forms such as plants and animals by their lack of highly differentiated tissues. Most unicellular microbes are microscopic.  In summary, cellular microbes are usually smaller than 1 millimeter in diameter, often unicellular and, if multicellular, lack differentiated tissues.

The diversity of microorganisms has always presented a challenge to microbial taxonomists. The early descriptions of cellular microbes as either plants or animals were too simple. For instance, some microbes are motile like animals but also have cell walls and are photosynthetic like plants. Such microbes cannot be placed easily into either kingdom. An important breakthrough in microbial taxonomy arose from studies of their cellular architecture, when it was discovered that cells exhibited one of two possible “floor plans.” Cells that came to be called prokaryotic cells (Greek pro, before, and karyon, nut or kernel; organisms with a primordial nucleus) have an open floor plan. That is, their contents are not divided into compartments (“rooms”) by membranes (“walls”). The most obvious characteristic of these cells is that they lack the membrane-delimited nucleus observed in eukaryotic cells (Greek eu, true, and karyon, nut or kernel). Eukaryotic cells not only have a nucleus but also many other membrane-bound organelles that separate some cellular materials and processes from others.

These observations eventually led to the development of a classification scheme that divided organisms into five kingdoms: Monera, Protista, Fungi, Animalia, and Plantae. Microorganisms (except for viruses and other acellular infectious agents, which have their own classification system) were placed in the first three kingdoms. In this scheme, all organisms with prokaryotic cell structure were placed in Monera. The five-kingdom system was an important development in microbial taxonomy, but it is no longer accepted by microbiologists. This is because not all “prokaryotes” are the same and therefore should not be grouped together in a single kingdom. Furthermore, it is currently argued that the term prokaryote is not meaningful and should be abandoned. As we describe next, this discovery required several advances in the tools used to study microbes. 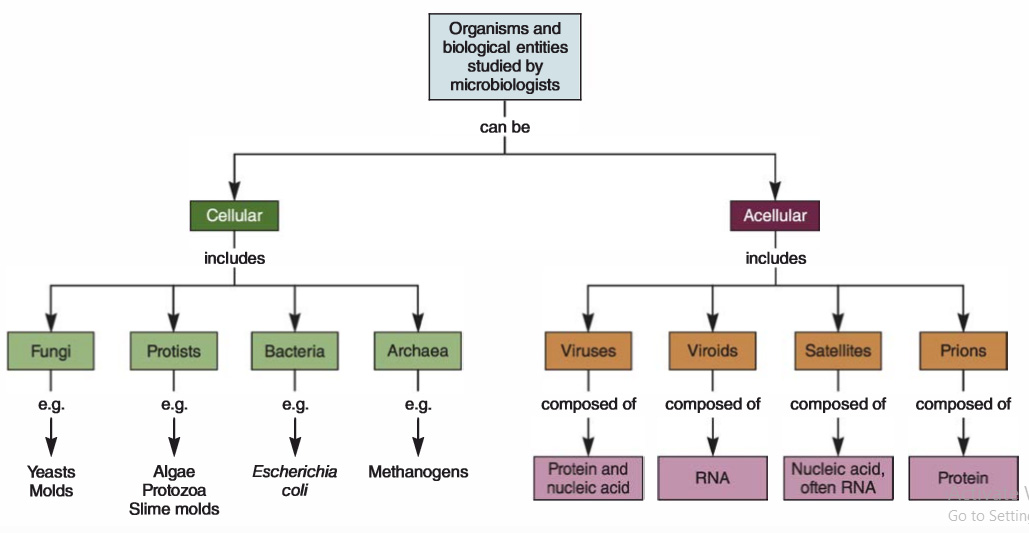