Home > Microbiology > Microscopy and the Discovery of Microorganisms

The earliest microscopic observations of organisms appear to have been made between 1625 and 1630 on bees and weevils by the Italian Francesco Stelluti (1577-1652), using a microscope probably supplied by Galileo (1564-1642).
Robert Hooke (1635-1703) is credited with publishing the first drawings of microorganisms in the scientific literature. In 1665 he published a highly detailed drawing of the fungus Mucor in his book Micrographia. Micrographia is important not only for its exquisite drawings but also for the information it provided on building microscopes. One design discussed in Micrographia was probably a prototype for the microscopes built and used by the amateur microscopist 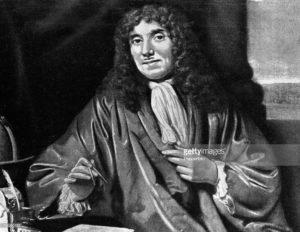 Antony van Leeuwenhoek (1632-1723) of Delft, the Netherlands  Leeuwenhoek earned his living as a draper and haberdasher (a dealer in men’s clothing and accessories) but spent much of his spare time constructing simple microscopes composed of double convex glass lenses held between two silver plates. His microscopes could magnify about 50 to 300 times, and he may have illuminated his liquid specimens by placing them between two pieces of glass and shining light on them at a 45° angle to the specimen plane. This would have provided a form of dark-field illumination whereby organisms appeared as bright objects against a dark background. Beginning in 1673, Leeuwenhoek sent detailed letters describing his discoveries to the Royal Society of London. It is clear from his descriptions that he saw both bacteria and protists.

As important as Leeuwenhoek’s observations were, the development of microbiology essentially languished for the next 200 years until techniques for isolating and culturing microbes in the laboratory were formulated. Many of these techniques began to be developed as scientists grappled with the conflict over the theory of spontaneous generation. This conflict and the subsequent studies on the role played by microorganisms in causing disease ultimately led to what is now called the golden age of microbiology. 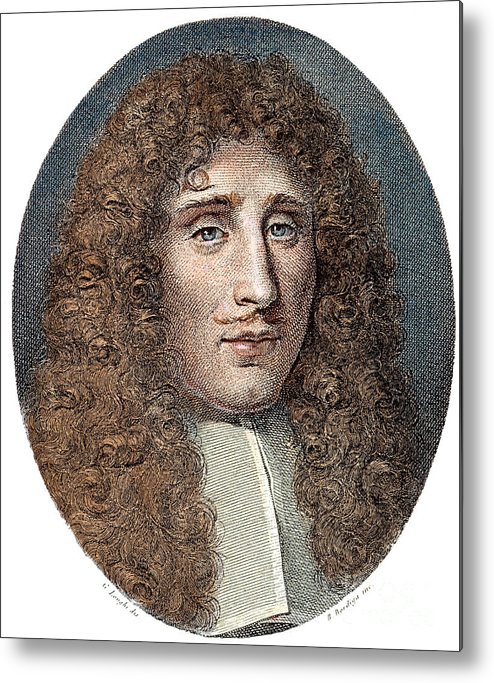 From earliest times, people had believed in spontaneous generation-that living organisms could develop from nonliving matter. This view finally was challenged by the Italian physician Francesco Redi (1626-1697), who carried out a series of experiments on decaying meat and its ability to produce maggots spontaneously.

One was uncovered, a second was covered with paper, and the third was covered with fine gauze that would exclude flies. Flies laid their eggs on the uncovered meat and maggots developed. The other two pieces of meat did not produce maggots spontaneously. However, flies were attracted to the gauze-covered container and laid their eggs on the gauze; these eggs produced maggots. Thus the generation of maggots by decaying meat resulted from the presence of fly eggs, and meat did not spontaneously generate maggots, as previously believed. Similar experiments by others helped discredit the theory for larger organisms.

Leeuwenhoek’s communications on microorganisms renewed the controversy. Some proposed that microbes arose by spontaneous generation even though larger organisms did not. They pointed out that boiled extracts of hay or meat gave rise to microorganisms after sitting for a while. Indeed, such extracts were the forerunners of the culture media still used today in many microbiology laboratories.

In 1748 the English priest John Needham (1713-1781) reported the results of his experiments on spontaneous generation. Needham boiled mutton broth in flasks that he then tightly stoppered. Eventually many of the flasks became cloudy and contained microorganisms. He thought organic matter contained a vital force that could confer the properties of life on nonliving matter. 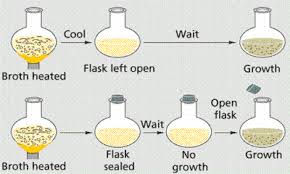 A few years later, the Italian priest and naturalist Lazzaro Spallanzani (1729-1799) improved on Needham’s experimental design by first sealing glass flasks that contained water and seeds. If the sealed flasks were placed in boiling water for about 45 minutes, no growth took place as long as the flasks remained sealed. He proposed that air carried germs to the culture medium but also commented that the external air might be required for growth of animals already in the medium. The supporters of spontaneous generation maintained that heating the air in sealed flasks destroyed its ability to support life.

Several investigators attempted to counter such arguments. Theodore Schwann (1810-1882) allowed air to enter a flask containing a sterile nutrient solution after the air had passed through a red-hot tube. The flask remained sterile. Subsequently Georg Friedrich Schroder (1810-1885) and Theodor von Dusch (1824-1890) allowed air to enter a flask of heat-sterilized medium after it had passed through sterile cotton wool. No growth occurred in the medium even though the air had not been heated. Despite these experiments, the French naturalist Felix Pouchet (1800-1872) claimed in 1859 to have carried out experiments conclusively proving that microbial growth could occur without air contamination.

Pouchet’s claim provoked Louis Pasteur (1822-1895) to settle the matter of spontaneous generation. Pasteur first filtered air through cotton and found that objects resembling plant spores had been trapped. If a piece of the cotton was placed in sterile medium after air had been filtered through it, microbial growth occurred. Next he placed nutrient solutions in flasks, heated their necks in a flame, and drew them out into a variety of curves. The swan-neck flasks that he produced in this way had necks open to the atmosphere. Pasteur then boiled the solutions for a few minutes and allowed them to cool. No growth took place even though the contents of the flasks were exposed to the air. Pasteur pointed out that growth did not occur because dust and germs had been trapped on the walls of the curved necks. If the necks were broken, growth commenced immediately. Pasteur had not only resolved the controversy by 1861 but also had shown how to keep solutions sterile. 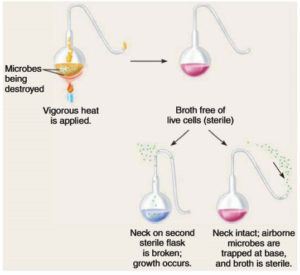 The English physicist John Tyndall (1820-1893) and the German botanist Ferdinand Cohn (1828-1898) dealt a final blow to spontaneous generation. In 1877 Tyndall demonstrated that dust did indeed carry germs and that if dust was absent, broth remained sterile even if directly exposed to air. During the course of his studies, Tyndall provided evidence for the existence of exceptionally heat-resistant forms of bacteria. Working independently, Cohn discovered that the heat-resistant bacteria recognized by Tyndall were species capable of producing bacterial endospores. Cohn later played an instrumental role in establishing a classification system for bacteria based on their morphology and physiology.

Clearly, these early microbiologists not only disproved spontaneous generation but also contributed to the rebirth of microbiology. They developed liquid media for culturing microbes. They also developed methods for sterilizing media and maintaining their sterility. These techniques were next applied to understanding the role of microorganisms in disease.