What pedigree patterns are expected from autosomal dominant disorders?

Here the normal allele is recessive, and the abnormal allele is dominant. It may seem paradoxical that a rare disorder can be dominant, but remember that dominance and recessiveness are simply properties of how alleles act and are not deﬁned in terms of how common they are in the population. A good example of a rare dominant phenotype with Mendelian inheritance is pseudoachondroplasia, a type of dwarﬁsm.

In regard to this gene, people with normal stature are genotypically d/d,

and the dwarf phenotype in principle could be D/d or D/D.

However, it is believed that the two “doses” of the D allele in the D/D genotype produce such a severe effect that this genotype is lethal.

If this is true, all dwarf individuals are heterozygotes.

In pedigree analysis, the main clues for identifying an autosomal dominant disorder with Mendelian inheritance are that the phenotype tends to appear in every generation of the pedigree and that affected fathers and mothers transmit the phenotype to both sons and daughters.

Again, the equal representation of both sexes among the affected offspring rules out inheritance via the sex chromosomes. The phenotype appears in every generation because generally the abnormal allele carried by a person must have come from a parent in the preceding generation. (Abnormal alleles can also arise de novo by the process of mutation. This event is relatively rare but must be kept in mind as a possibility.)

Once again, notice that Mendelian ratios are not necessarily observed in families.

As with recessive disorders, persons bearing one copy of the rare A allele (A/a) are much more common than those bearing two copies (A/A), so most affected people are heterozygotes, and virtually all matings that produce progeny with dominant disorders are A/a x  a/a.Therefore, when the progeny of such matings are totaled, a 1:1 ratio is expected of unaffected (a/a) to affected (A/a) persons. 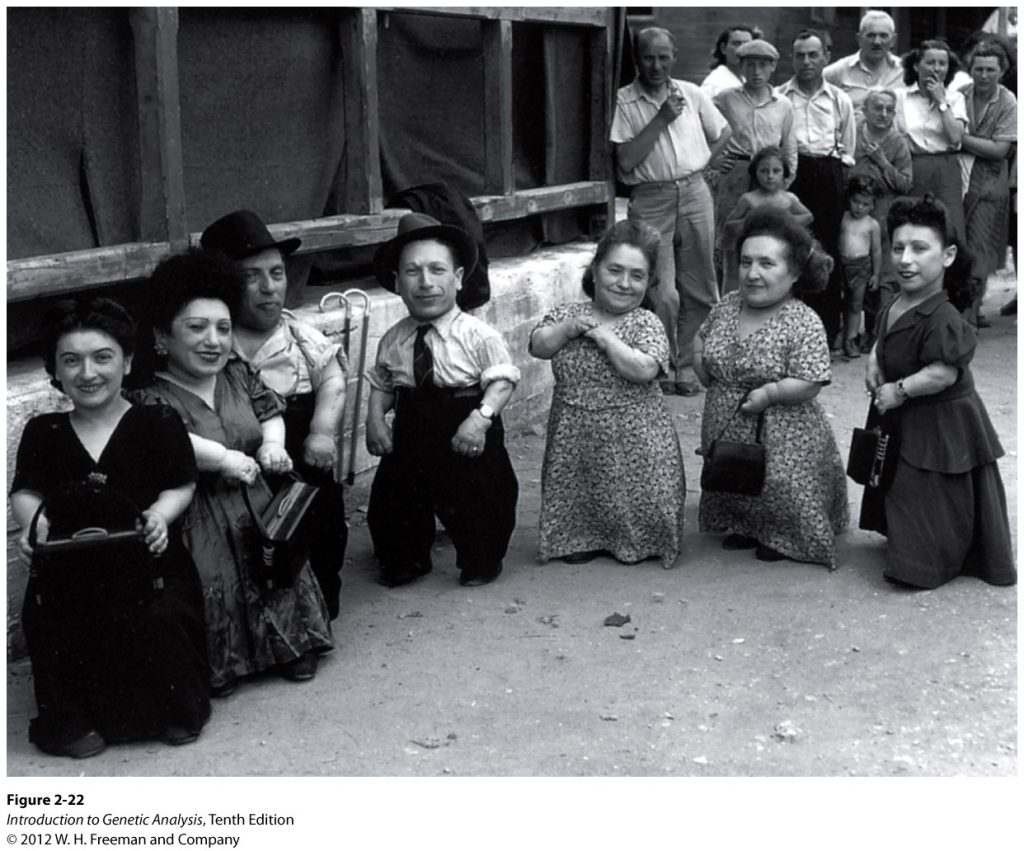 is another example of a disease inherited as a dominant phenotype determined by an allele of a single gene. The phenotype is one of neural degeneration, leading to convulsions and premature death.

However, it is a late-onset disease, the symptoms generally not appearing until after the person has begun to have children.  Each child of a carrier of the abnormal allele stands a 50 percent chance of inheriting the allele and the associated disease. This tragic pattern has inspired a great effort to ﬁnd ways of identifying people who carry the abnormal allele before they experience the onset of the disease. The application of molecular techniques has resulted in useful screening procedures. 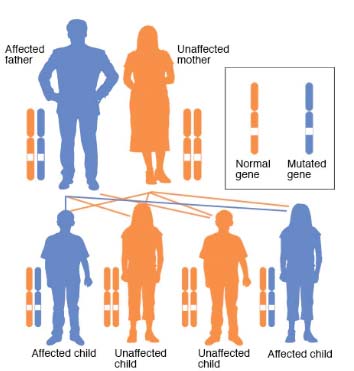