The human disease alleles provide examples. A gene whose mutations may be lethal is clearly an essential gene.

The ability to determine whether a gene is essential is an important aid to research on experimental organisms, especially when working on a gene of unknown function. However, maintaining stocks bearing lethal alleles for laboratory use is a challenge.

In diploids, recessive lethal alleles can be maintained as heterozygotes.

A good example of a recessive lethal allele is an allele of a coat colour gene in mice.
Normal wild-type mice have coats with a rather dark overall pigmentation.
A mutation called yellow (a lighter coat colour) shows a curious inheritance pattern.

If any yellow mouse is mated to a homozygous wild-type mouse, a 1:1 ratio of yellow to wild-type mice is always observed in the progeny.

How can the 2:1 ratio be explained?

The results make sense if it is assumed that the yellow allele is lethal when homozygous.

It is known that the yellow allele is of a coat-colour gene called A.

Let’s call it AY. Hence the results of crossing two yellow mice are the expected monohybrid ratio of 1:2:1 would be found among the zygotes, but it is altered to a 2:1 ratio in the progeny actually seen at birth because zygotes with a lethal AY/AY genotype do not survive to be counted.

This hypothesis is supported by the removal of uteri from pregnant females of the yellow x yellow cross;one-fourth of the embryos are found to be dead. 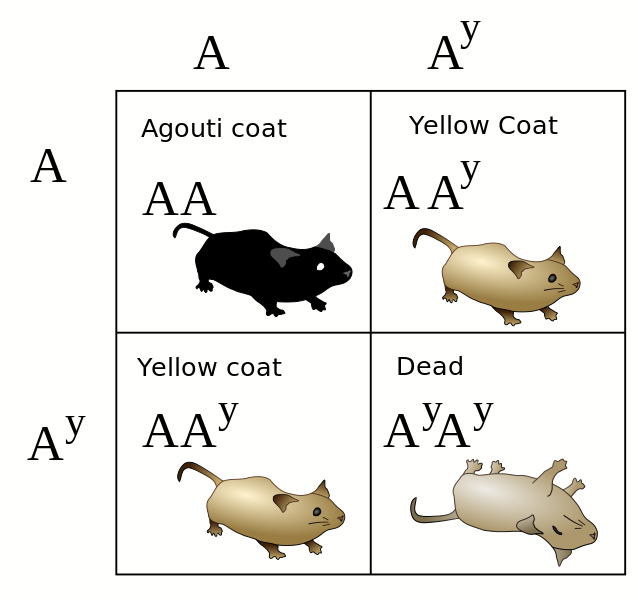 coat colour and survival. It is entirely possible, however, that both effects of the AY allele result from the same basic cause, which promotes yellowness of coat in a single dose and death in a double dose.

The tailless Manx phenotype in cats also is produced by an allele that is lethal in the homozygous state.

A single dose of the Manx allele, ML, severely interferes with normal spinal development,resulting in the absence of a tail in the ML/M heterozygote.

But in the ML/ML homozygote, the double dose of the gene produces such an extreme abnormality in spinal development that the embryo does not survive. 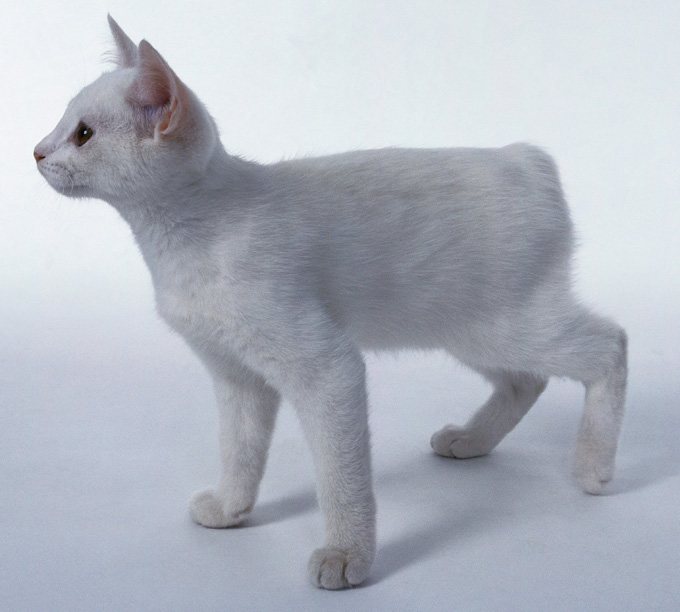 Whether an allele is lethal or not often depends on the environment in which the organism develops. Whereas certain alleles are lethal in virtually any environment,others are viable in one environment but lethal in another.

Human hereditary diseases provide some examples. Cystic ﬁbrosis and sickle-cell anemia are diseases that would be lethal without treatment. Furthermore, many of the alleles favored and selected by animal and plant breeders would almost certainly be eliminated in nature as a result of competition with the members of the natural population.

Geneticists commonly encounter situations in which expected phenotypic ratios are consistently skewed in one direction because one allele of a gene reduces viability.
For example, in the cross A/a x a/a, we predict a progeny ratio of 50 percent A/a and 50 percent a/a, but we might consistently observe a ratio such as 55 percent:45 percent or 60 percent: 40 percent. In such a case, the recessive allele is said to be sublethal because the lethality is expressed in only some of and not all the homozygous individuals. Thus, lethality may range from 0 to 100 percent, depending on the gene itself, the rest of the genome, and the environment.