Sclereids typically are short cells with thick secondary walls, strongly lignified, and provided with numerous simple pits.
Some sclereids have relatively thin secondary walls, however, and may be difficult to distinguish
from sclerified parenchyma cells. The thick-walled forms, on the other hand, may strongly contrast with parenchyma cells: their walls may be so massive as almost to occlude the lumina, and their prominent pits often are ramiform The secondary wall typically appears multilayered, reflecting its helicoidal construction. Crystals are embedded in the secondary walls of certain species. Many  sclereids retain living protoplasts at maturity.
Based on Shape and Size, Sclereids May Be Classified into a Number of Types
The most commonly recognized categories of sclereids are 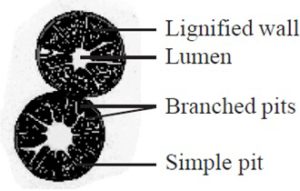 (1) brachysclereids, or stone cells, roughly isodiametric or somewhat elongated cells, widely distributed in cortex, phloem, and pith of stems, and in the flesh of fruit
(2) macrosclereids, elongated and columnar (rod-like) cells, exemplified by sclereids forming the palisade-like epidermal layer of leguminous seed coats
(3) osteosclereids, bone cells, also columnar but with enlarged ends as in the subepidermal layer of some seed coats and

(4) astrosclereids, star-cells, with lobes or arms diverging from a central body, often found in the leaves of eudicots.

Other less commonly recognized types include trichosclereids, thin-walled
sclereids resembling hairs, with branches projecting into intercellular spaces, and filiform sclereids, long slender cells resembling fi bers. Astrosclereids and trichosclereids are structurally similar, and trichosclereids intergrade with filiform sclereids. Osteosclereids may be branched at their ends, and consequently they resemble trichosclereids. This classification is rather arbitrary and does not cover all the forms of sclereids known. Moreover it is of limited utility because, as indicated, the various forms frequently intergrade.
Sclereids Like Fibers Are Widely Distributed in the Plant Body
The distribution of sclereids among other cells is of special interest with regard to problems of cell differentiation in plants. They may occur in more or less extensive layers or clusters, but frequently they appear isolated among other types of cells from which they may differ sharply by their thick walls and often bizarre shapes. As isolated cells they are classifi edas idioblasts. The differentiation of idioblasts poses many still unresolved questions regarding the causal relationships in the development of tissue patterns in plants.
Sclereids occur in the epidermis, the ground tissue, and the vascular tissues. In the following paragraphs, sclereids are described by examples from different parts of the plant body, excluding those sclereids that occur in the vascular tissues.

Sclereids in Stems A continuous cylinder of sclereids occurs on the periphery of the vascular region in the stem of Hoya carnosa and groups of sclereids in the pith of stems of Hoya and Podocarpus. These sclereids have moderately thick walls and numerous pits.

Sclereids in Leaves Leaves are an especially rich source of sclereids with regard to variety of form, although they are rare in the leaves of monocots.
The filiform sclereids of the olive (Olea europaea) leaf originate in both palisade and spongy parenchyma, average one millimeter in length, and permeate the mesophyll in the form of a dense network or mat.
Sclereids in Fruits Sclereids occur in various locations in fruits. In pear (Pyrus) and quince (Cydonia), single or clustered stone cells, or brachysclereids, are scattered in the fleshy parts of the fruit. The clusters of sclereids give pears their characteristic gritty texture.
The apple (Malus) furnishes another example of sclereids in fruits. The cartilaginous endocarp enclosing the seeds consists of obliquely oriented layers of elongated sclereids.
Sclereids also compose the hard shells of nutlike fruits and the stony endocarp of stone fruits (drupes). In the drupe of Ozoroa paniculosa (Anacardiaceae), the resin tree, which is widely
distributed in the savanna regions of southern Africa, the endocarp consists of consecutive layers of macrosclereids, osteosclereids, brachysclereids, and crystalliferous, sclereids. 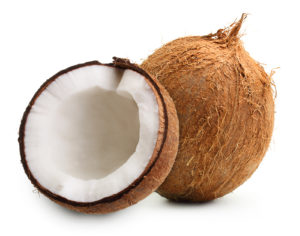 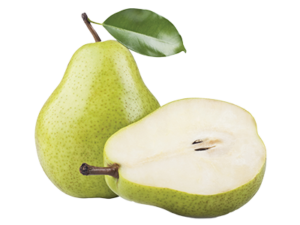 ORIGIN AND DEVELOPMENT OF FIBERS AND SCLEREIDS:
As indicated by their wide distribution in the plant body, fibers arise from various meristems: those of the xylem and phloem from the procambium and vascular cambium; most extraxylary fibers other than phloem fibers from the ground meristem; and the fi bers of some Poaceae and Cyperaceae from the protoderm. Sclereids also arise from different meristems: those of the vascular tissues from derivatives of procambial and cambial cells; stone cells embedded in cork tissue from the cork cambium, or phellogen; the macrosclereids of seed coats from the protoderm; and many other sclereids from the ground meristem.