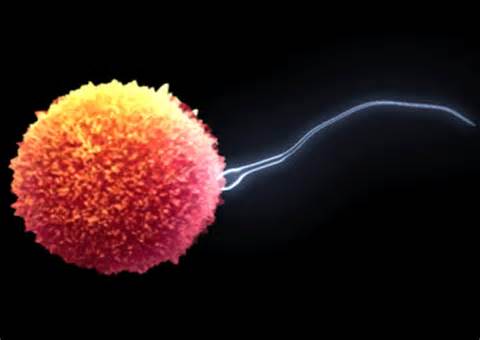 Sexual reproduction is the formation of offspring that are genetically distinct from their parents; most often, two parents contribute genes to their offspring. Among most eukaryotes, sexual reproduction consists of two processes that lead to an alternation of haploid and diploid cells: meiosis produces haploid gametes, and fertilization produces diploid zygotes.

The mechanism by which sex is established is termed sex determination. We deﬁne the sex of an individual in terms of the individual’s phenotype—ultimately, the type of gametes that it produces.

Sometimes an individual has chromosomes or genes that are normally associated with one sex but a morphology corresponding to the opposite sex. For instance, the cells of female humans normally have two X chromosomes, and the cells of males have one X chromosome and one Y chromosome.

A few rare persons have male anatomy, although their cells each contain two X chromosomes. Even though these people are genetically female, we refer to them as male because their sexual phenotype is male.

Humans are dioecious. Among dioecious species, the sex of an individual may be determined chromosomally, genetically, or environmentally.

The chromosome theory of inheritance states that genes are located on chromosomes, which serve as the vehicles for gene segregation in meiosis.

In 1891, Hermann Henking noticed a peculiar structure in the nuclei of cells from male insects. Understanding neither its function nor its relation to sex, he called this structure the X body.