A useful tool for analyzing genetic crosses is the testcross, in which one individual of unknown genotype is crossed with another individual with a homozygous recessive genotype for the trait in question. A testcross tests, or reveals, the genotype of the first individual.

Suppose you were given a tall pea plant with no information about its parents. Because tallness is a dominant trait in peas, your plant could be either homozygous (TT) or heterozygous (Tt), but you would not know which. You could determine its genotype by performing a testcross.

If the plant were homozygous (TT), a testcross would produce all tall progeny (TT tt : all Tt); if the plant were heterozygous (Tt), the testcross would produce half tall progeny and half short progeny (Tt tt : Tt and tt). When a testcross is performed, any recessive allele in the unknown genotype is expressed in the progeny, because it will be paired with a recessive allele from the homozygous recessive parent. 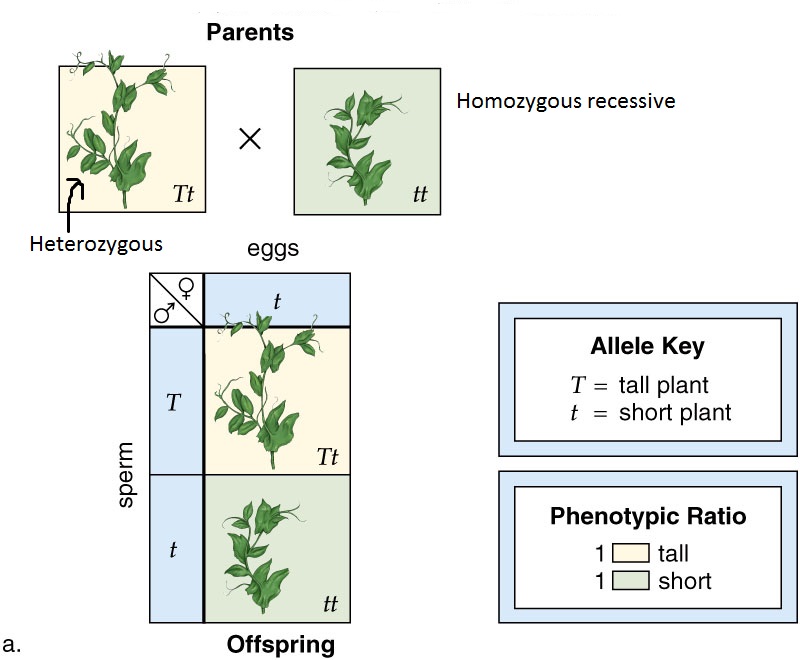