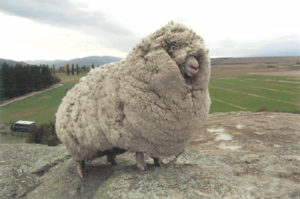 For thousands of years people have improved crop plants and domestic animals by selective breeding, mostly at a trial-and-error level. Woollier sheep and smarter sheep dogs have both been improved through many generations of selective breeding. Obviously, the more we know about genetics, the faster and more effectively we can improve our crops and livestock.

Today it is possible to alter plants, animals, and even humans by genetic engineering. Most early experiments in animal transgenics were done with mice, but many larger animals have now been engineered, including livestock such as sheep and goats, pets such as cats and dogs, and even monkeys.

The transgenes are themselves often engineered before being inserted into the host animal. The most frequent alteration is to place the transgene under control of a more convenient promoter. This may mean a stronger promoter or a promoter designed to express the transgene under specific conditions. Here we will consider techniques to create transgenic animals and some applications of this technology

Once a suitable transgene is available the standard scenario for the creation of a transgenic animal by nuclear microinjection is as follows:

Fig: 1.0:  Creation of Transgenic Animals by Nuclear Injection In vitro fertilization is used to start a transgenic animal. Harvested eggs and sperm are fertilized, and before the pronuclei fuse, the transgene is injected into the male pronucleus. The embryo continues to divide in culture and is then implanted into a mouse. The “foster mother” mouse has been treated with hormones so that she accepts the embryo and carries on with the pregnancy. The offspring are screened for stable integration of the transgene. Founder mice have one copy of the transgene.

Just after fertilization, the egg contains its original female nucleus plus the male nucleus from the successful sperm.
These two pronuclei will soon fuse together.
Before this happens, the DNA is injected into the male pronucleus, which is larger and therefore a better target for microinjection.
Nuclear microinjection requires specialized equipment and great skill.
The success rate varies from 5% to 40% among various laboratories.

2 . The egg is kept in culture during the first few divisions of embryonic development.

3 . The engineered embryos are then implanted into the womb of a female animal, the foster mother . Here they develop into embryos and, if all goes well, into newborn animals.

There is some variability in the timing of integration of DNA injected into the male pronucleus. In some cases, the DNA integrates more or less immediately, so that all cells of the resulting animal will contain the transgene. Less often several cell divisions may happen before DNA integration occurs and the final result will be a chimeric animal , in which some cells contain the transgene and others do not. Sometimes multiple tandem copies of the transgene integrate into the same nucleus—such constructs are often unstable and the extra copies are often deleted out over successive generations. Integration of the incoming DNA into the host cell chromosomes occurs at random. Often, this is accompanied by rearrangements of the surrounding chromosomal DNA. This suggests that integration often occurs at the sites of spontaneous chromosomal breaks.