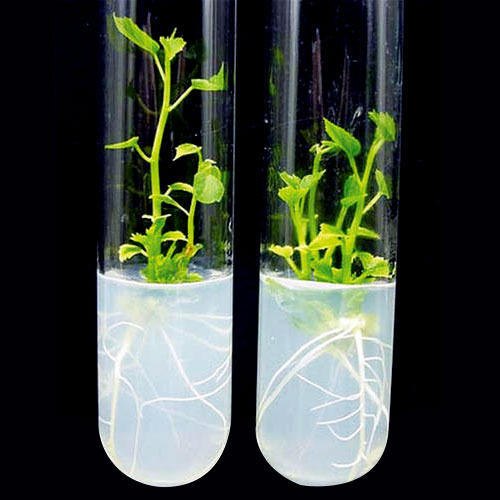 The cultivation process is invariably carried out in a nutrient culture medium under aseptic conditions.

regarded as the father of plant tissue culture, first developed the concept of in vitro cell culture. He was the first to culture isolated and fully differentiated plant cells in a nutrient medium.

(i) Selection and Sterilisation of Explant:

Suitable explant is selected and is then excised from the donor plant. Explant is then sterilized by using disinfectants (NaClO).

Sterilized explant is inoculated (transferred) on the culture medium under aseptic conditions.

Cultures are then incubated in the culture room where appropriate conditions of light, temperature and humidity are provided for successful culturing.

Plantlets regenerate after transferring a portion of callus onto another medium and induction of roots and shoots or directly from explants.

It is gradual exposure of plantlets for acclimatization to environmental conditions

After the hardening process, the plantlets are transferred to green house or in pots. 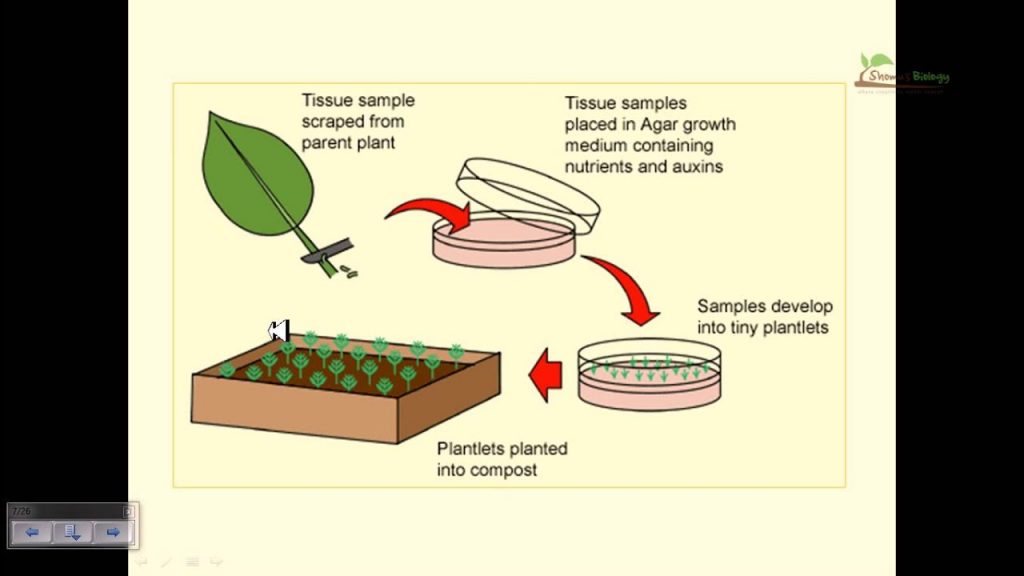 There are different types of plant tissue culture techniques, mainly based on the type of explant used.

Callus: The unorganized and undifferentiated mass of plant cells is referred to as callus. Generally, when plant cells are cultured in a suitable medium, they divide to form callus i.e., a mass of parenchymatous cells. The genetic variations found in the tissue cultured cells are collectively referred to as somaclonal variations. This involves the culture of differentiated tissue from explant which dedifferentiates in vitro to form callus. 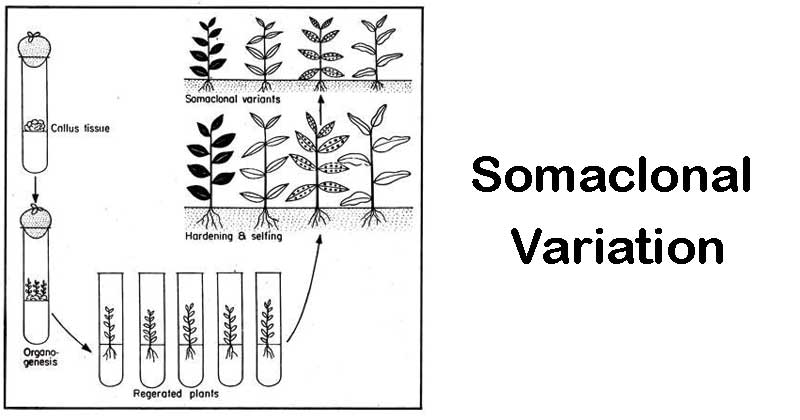 Culture of isolated plant organs is referred to as organ culture. The organ used may be embryo, seed, root, endosperm, anther, ovary, ovule, meristem (shoot tip) or nucellus. The organ culture may be organized or unorganized.

When a well-organized structure of a plant (seed, embryo) is used in culture, it is referred to as organized culture. In this type of culture, the characteristic individual organ structure is maintained and the progeny formed is similar in structure as that of the original organ.

This involves the isolation of cells or tissues of a part of the organ, and their culture in vitro. Unorganized culture results in the formation of callus. The callus can be dispersed into aggregates of cells and/or single cells to give a suspension culture.

Plant tissue culture technology is based on three fundamental principles,

An excised piece of differentiated tissue or organ is regarded as an explant. The explant may be taken from any part of the plant body e.g., leaf, stem, root. 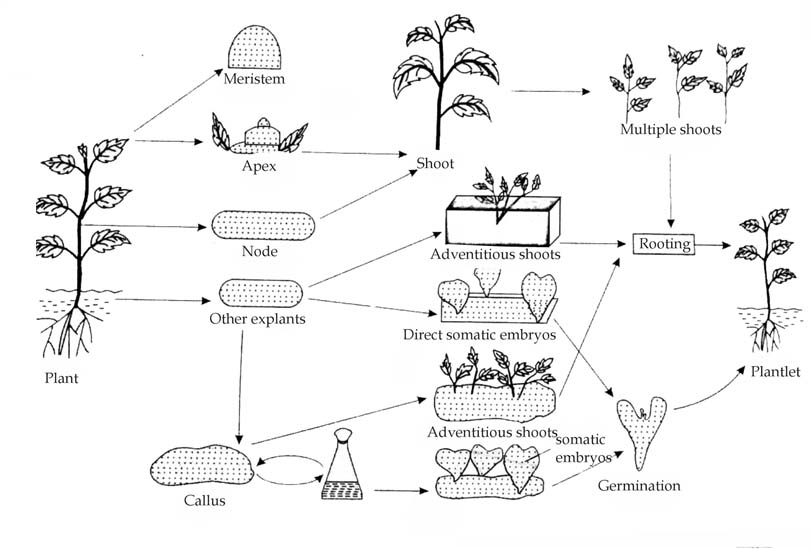 The ability of the callus cells to differentiate into a plant organ or a whole plant is regarded as re-differentiation.